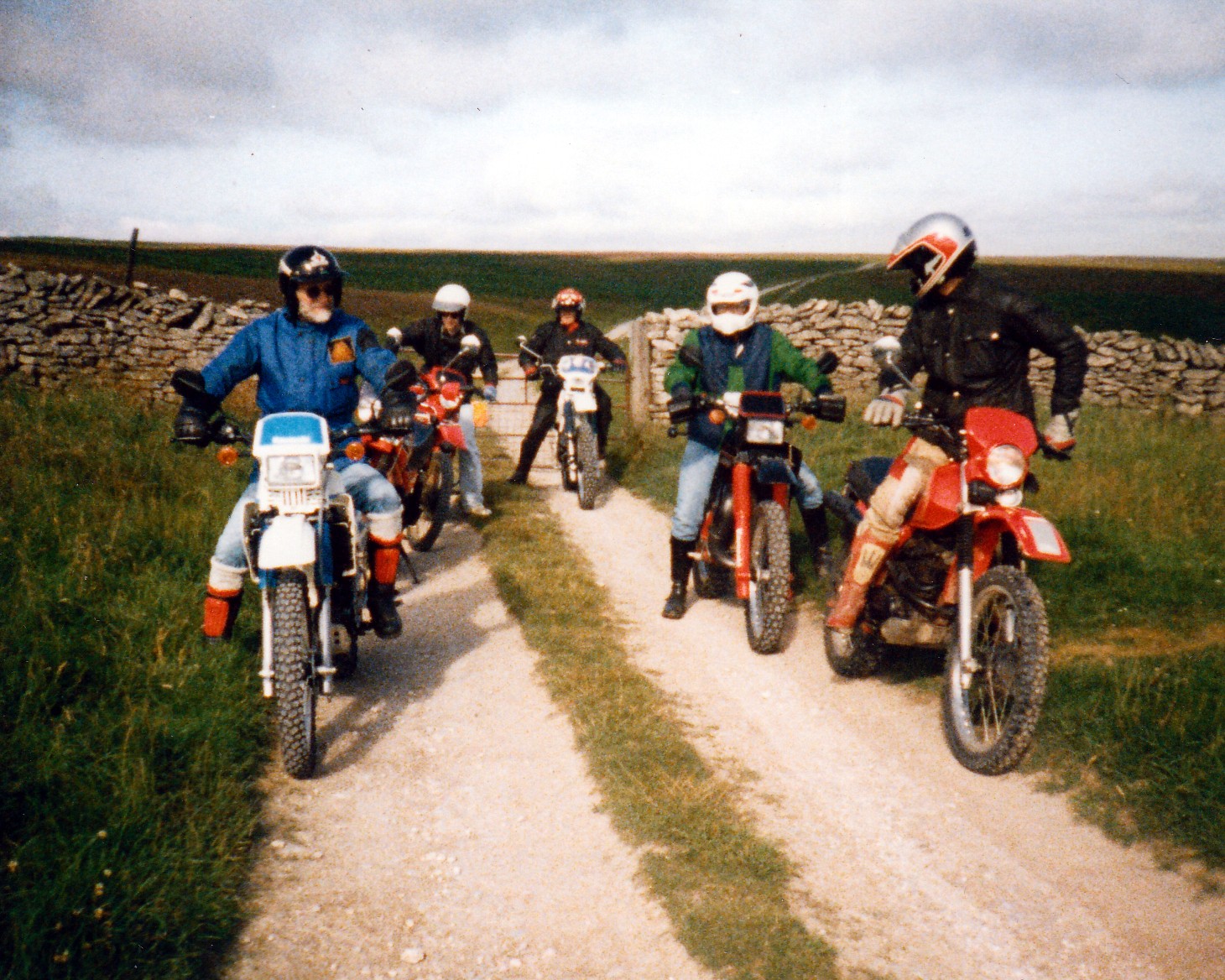 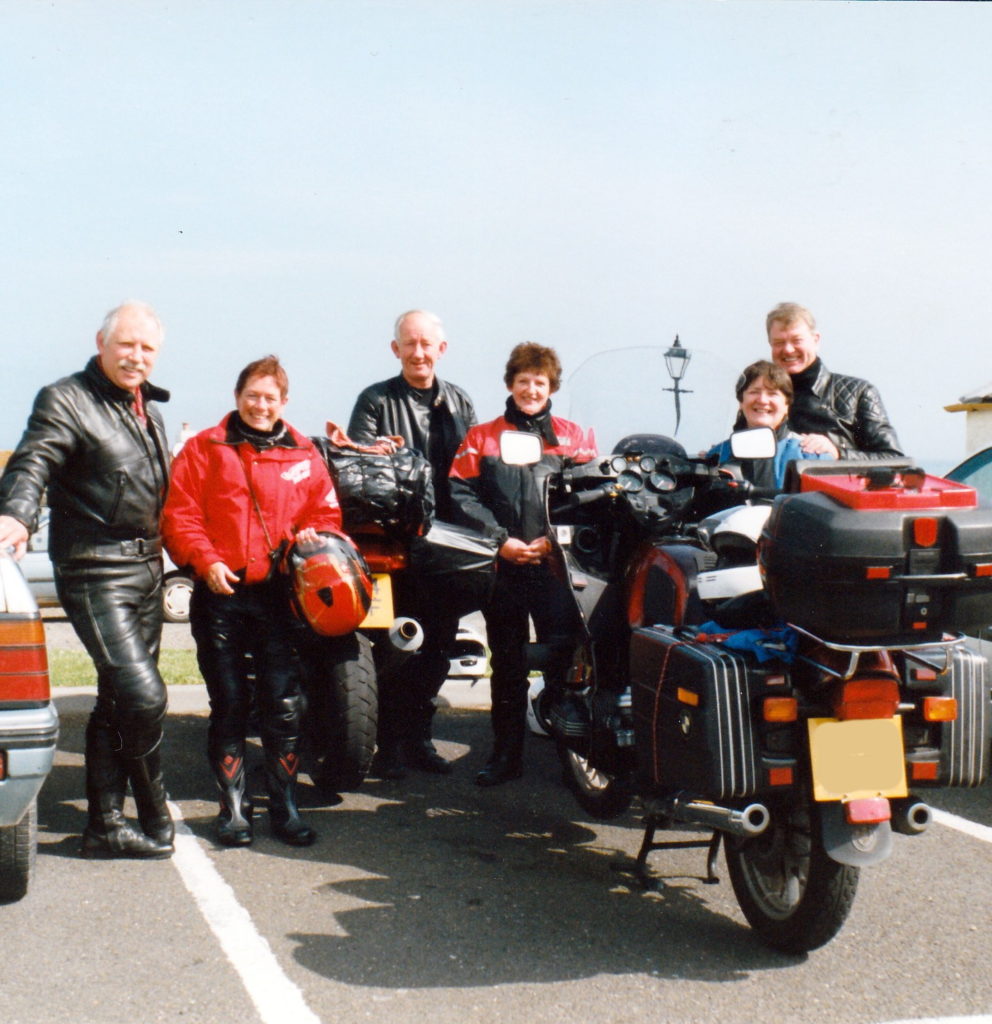 HOW THE CLUB WAS FORMED

The club was first formed in the January of 1994 by a group of 6 friends. The founding members were, Geoff Sadler (Chairman), Ken Smith (Secretary), Burnie Bullock (Treasurer), John Angus (Vice Treasurer), Glyn Jones and Steve Griffiths. They were all biking enthusiasts and simply wanted to form a friendly club where like minded people could meet and enjoy ride-outs etc. in the company of others of a like mind. From that early beginning the club has flourished but still retains the same friendly ideals that it started with. The club has since moved to The Cleveland Bay public house in Yarm and meet on the 2nd Wednesday of each month where new members are very welcome. There is no criteria for membership you simply need an interest in motorcycling, whether it’s riding or you simply like to talk about bikes. If you just want to ride in the company of friends then the club meets every Sunday at 10:00am at Yarm Town Hall for ride-outs on an entirely informal basis with destinations usually by consensus. Many members enjoy yearly trips to Europe and a wealth of experience exists within the club should you wish to broaden your horizons. There is also great interest within the club for all forms of motorcycle racing and regular trips are made to Northern Ireland for the road racing along with trips to the British Superbikes, World Superbikes and MotoGP and local club meetings as well as the road racing at Oliver’s Mount Scarborough.

The club supports a number of charities including The Great North Air Ambulance and Zoe’s Place in conjunction with The Boundary 500 Group.

Yarm Motorcycle Club is affiliated to the BMF: 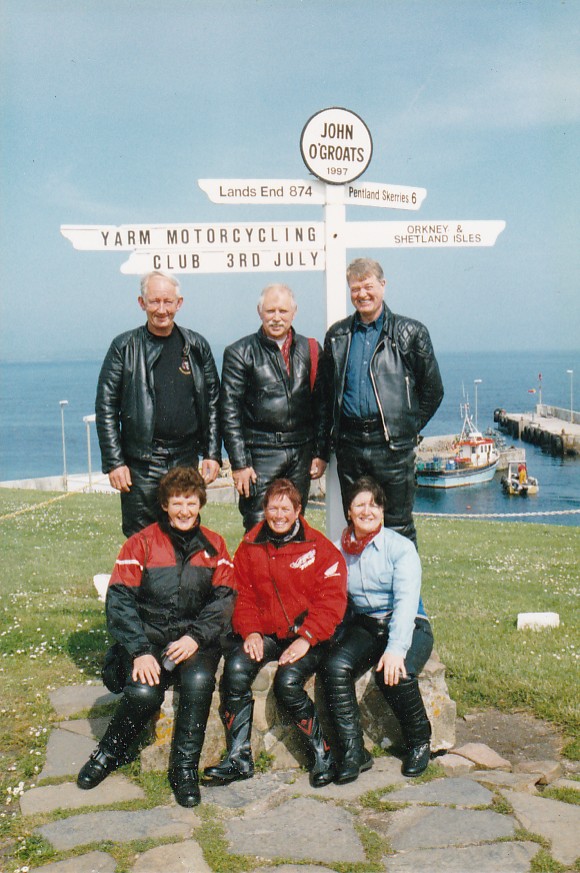 For months 6 friends had talked about setting up their own local motorcycle club, in the January of 1996 the Yarm Motorcycle Club was officially formed. The original venue used was the Union Arms on Yarm High Street.

Having flourished since forming 2 years earlier the club had out grown the space in the Union Arms. The Cleveland Bay public house became the clubs new venue and it's where we still meet today.

The first Scotland tour also happened this year and members now arrange trips far and wide, from the UK to Europe and as far as Poland.

Over 30 members headed over to Scarborough for the weekend staying at the Cumberland Hotel. It turned out to be a great social event coupled with some great racing at Oliver's Mount.

The founding chairman (Geoff Sadler) left the club to work abroad. 2002 saw Geoff and several of his work colleagues undertake an epic motorcycle ride to the east coast of Russia (Sakhalin) to raise money for an orphanage.

One of the first charity rides saw 7 members attempt to ride from John 'O' Groats to Lands End in 24 hours to raise money for an infant's school in Eaglescliffe, they managed to complete the route in just 19 hours.

The club got involved with the Boundary 500

Club members assisted Brian Laverick setting up the field at Lord Stones Cafe for a stage of the Boundary 500. Members also took part in the 500 mile event which raised money for Zoe's Place.

It was also the year the club decided to create their first website.

Having been well received by the club Allan Wren took the website to the next level, redesigning it and moving to it's own domain name.

Local racer from Ingleby Barwick Jack Fowler brought has bike and dad Neil (who was also a racer back in the 80's) to the club to give a presentation. Following this the club now sponsors him in his racing endevours.